Athletes are naturally prone to spontaneous bits of acting. Watch any NFL lineman after being whistled for an offsides penalty, or an NBA player “flop” to try to draw a foul and it’s apparent that acting and athletics go together.

Athletes are often given memorable cameos in movies, such as Brett Favre in There’s Something About Mary or Lance Armstrong in Dodgeball and the new Entourage movie coming out this summer reportedly has over 20 athlete cameos. However, athletes have also been known, for better or worse, to parlay their popularity into leading roles.

Last week it was announced that Marshawn Lynch had made a movie (and that he was subsequently blocking its release because he’s not happy with the way the finished product looks). So, while we await Family First: The Marshawn Lynch Story, here’s a look at some athletes who managed to smoothly transition from field to screen, in some cases finding far greater success as actors than they ever did as athletes. In the next post we’ll look at athletes who have turned in the worst performances as actors. 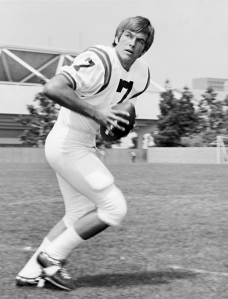 He’s been Agent Leroy Jethro Gibbs on TV’s NCIS since 2003, but long before that Mark Harmon was a two-year starter at quarterback for UCLA. Over the 1972 and 1973 seasons he led UCLA to a 17-5 record. At the time UCLA ran the run-heavy wishbone offense and Harmon’s stats reflect that. For his football career he went 43/100 for 845 yards with 9 touchdowns and 9 interceptions.

His big acting break came with a role on the hit show St. Elsewhere in 1983. Several small movies followed over the years, as did a stint on Chicago Hope from 1996-2000, before Harmon landed his signature role as Agent Gibbs. 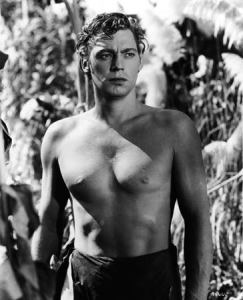 At the age of 9 Weissmuller was diagnosed with polio and was taught to swim as part of his treatment. From the YMCA swim team in Chicago he compiled an undefeated amateur record and went on to compete in the 1924 and 1928 Olympics, where he won a total of 5 gold medals as a swimmer, as well as a bronze in water polo.

Throughout the 1930’s and 1940’s he played Tarzan in 12 films, earning a then astounding $2 million dollars over the life of his contract. 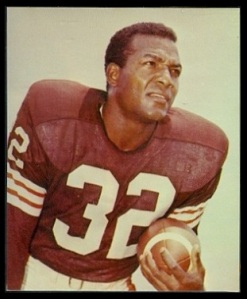 Jim Brown played for the Cleveland Browns from 1957-1965 and is widely considered one of the best players in NFL history. (His career average of 5.2 yards per carry is still the best ever by far).

Brown’s acting career is of note because it has endured. He didn’t play a down of football past the age of 29 and since retiring has appeared in over 20 films. Among his most notable performances are 1966’s The Dirty Dozen and 1969’s 100 Rifles, where he starred alongside Burt Reynolds and which was somewhat controversial at the time for having one of American cinema’s first interracial love scenes between Brown and Raquel Welch. 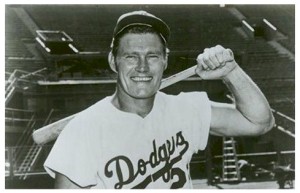 Over a 40 year acting career Connors was best known for The Rifleman (1958-1963) in which he played a widowed rancher with a trusty rifle, trying to raise his son in the Old West. However, before TV stardom the 6’5″ 190 pound left-hander played both professional baseball and basketball. 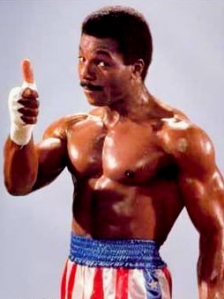 We all know him as his iconic character Apollo Creed from the Rocky movies, but before he was Rocky’s enemy/trainer/friend, Carl Weathers was a professional football player.

A linebacker out of San Diego State, Weathers played 8 games for the Oakland Raiders in 1970-1971. He then appeared in 18 more games for the B.C. Lions of the Canadian Football League before earning a degree in drama from San Francisco State University in 1974.

In addition to playing Apollo Creed in four Rocky films, Weathers has had memorable roles in such films as Predator and Happy Gilmore.